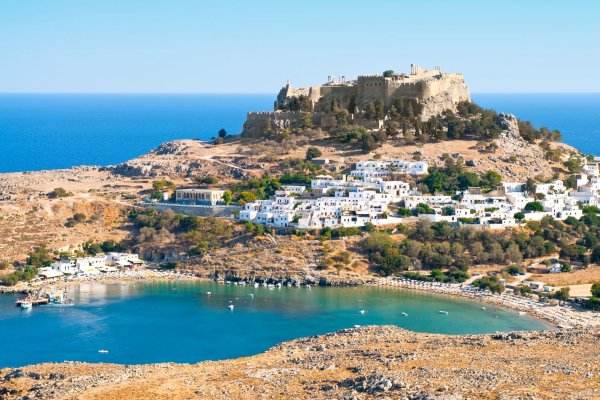 The best thing about visiting Greece – other than the incredibly hospitable locals, amazing food and unbelievable beaches – is the history. Greece is steeped in mythology and history that makes it an interesting a diverse place to visit – especially if you want to look into the way the towns are shaped and follow the architectural footprints through time.

When it comes to the south eastern parts of the Aegean Sea you come to islands named as the Dodecanese islands. These are made up of 12 main larger islands and several smaller islands, one of which being the infamous Rhodes or Rodos! These islands are easily navigated via ferries and boat trips, during one vacation, but you can also stay at individual islands and explore them. In this article, we want to focus on the best castles and architectural feats that reside on these amazing islands.

But first, a quick history lesson.

In medieval times, the Venetians occupied much of Greece and made their mark by building a number of castles and settlements, many of which are still visible today. The idea of building so many castles was to provide fortification and vantage points on the islands to outwit pirates and protect the sought after lands.

Other eras you will hear a lot in reference to fortifications and castles are Frankish and Ottoman, which followed the Venetian rule. Mosques and minarets are still visible in much of Kos and Rhodes as a mark of that era.

Byzantine is another term you will hear a lot and refers to an ancient Greek colony. These groups of colonies fought for land and power on these islands and the history still haunts the towers of the ancient castles that stand on the islands.

Rhodes, as one of the largest islands in the area is thickly populated with castles including the Palace of the Grand Master of the Knights of Rhodes is one of the most popular castles in the Aegean Sea. This location can get a bit crowded with tourists. However, further along the west coast, Kritinia Castle sits on a beautiful hilltop and overlooks the bright blue Aegean Sea. This castle dates back to 1472 and although it is just remains it offers a brilliant day trip and photo opportunity.

Another castle worth mentioning in Rhodes is Lindos Castle. Two of the three original buildings still stand despite being built by the Knights of St John originally in the 14 century.

Most of Rhodes’ castles and many of the castles throughout the Aegean were built by St. John’s order of Jerusalem, having fled to Rhodes from the Ottoman Turks. 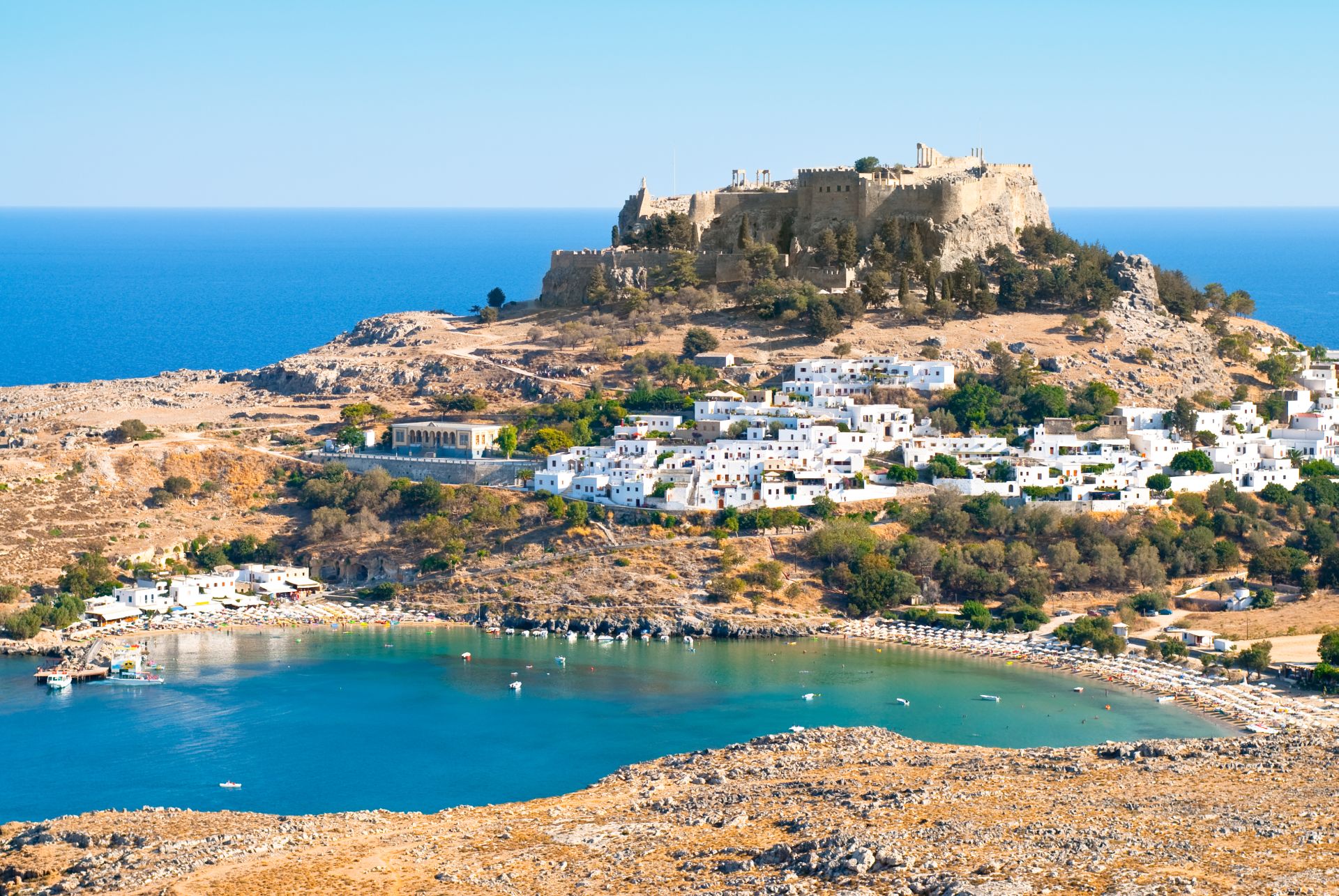 The Castle of Patmos which also is the home of the Monastery of Saint John, towers over the entire island of Patmos. It is one of the first things you can see upon arrival due to the way it sits at the top of Hora or Chora, the hill on which settlements have been built around since the 1000s. It is believed Ossios Christodoulos founded this Byzantine castle in 1088.

Neratzia Castle on Kos is also known as the castle of the sour orange tree, this 14th century fortification offers panoramic views of the harbour in Kos. Named due to the many sour orange trees that were planted in the late 14th and early 15 century, the site of the castle is large and there are lots of carvings and columns to look at. The castle is incredibly old and more of a ruin on the inside but nonetheless impressive.

Castle in Pandeli in Leros looks over the capital and is nicknamed as the Castle of the Virgin Mary or Castle of our Lady. Built roughly in the 10th century, the castle was donated to the Byzantine Emperor at the time and has been through a lot of invasion and fighting and consequently damage. The castle has served as a vantage point and protected its communities from Italian, German and Turkish invaders. Now, only 3 walls are preserved as well as the church which has many frescoes and paintings to study. If you want an opportunity to look over the whole of Leros, including mountains, sea and settlements, this is the best spot but be prepared to climb all 400+ steps, first.

There are many more castles, monuments and structures to explore during your time in Greece, these are just a few to help you see the variety on offer at a range of islands across the entire south east of the Aegean Sea.

Let us know your particular favourites and which ones you found the most exciting.